Travel in the Time of Corona, Week 8

May 24, 2020
Though most states are reopening after the months long quarantine period, it looks like we may have to shelter-in-place a few more weeks if we are to keep the number of Covid19 cases at bay. With five million infections worldwide and no vaccine available, normal travel will not resume in the near future. In the meantime, we can travel vicariously through movies, travel videos and books. On week 8 of my armchair travel series, let’s check out some books that will transport us to the places we’ve dreamed of visiting. 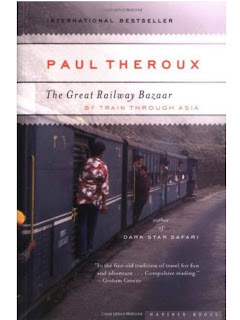 The Great Railway Bazaar by Paul Theroux
Dark Star Safari, Happy Isles of Oceania, The Old Patagonia Express
Paul Theroux doesn’t just travel. He immerses himself in the culture of the places he visits. He lives like a local and with locals, tells things as they are and makes no attempt to gloss over the bad and ugly experiences.
“The trains in any country contain the essential paraphernalia of the culture: Thai trains have the shower car with the glazed dragon on its side, Singhalese ones the car reserved for Buddhist monks, Indian ones a vegetarian kitchen and six classes, Iranian ones prayer mats, Malaysian ones a noodle stall, Vietnamese ones bulletproof glass on the locomotive, and on every carriage of a Russian train there is a samovar. The railway bazaar, with its gadgets and passengers, represented the society so completely that to board it was to be challenged by the national character.” Paul Theroux, The Great Railway Bazaar
Notes from a Small Island by Bill Bryson
Neither Here nor there, In a Sunburned Country
What I enjoy most about Bill Bryson is his wit. After reading Notes from a Small Island, I just had to read more of his works so I could bask in his humorous observations of the places he visited.
“What other country, after all, could possibly have come up with place names like Tooting Bec and Farleigh Wallop, or a game like cricket that goes on for three days and never seems to start? Who else would think it not the least odd to make their judges wear little mops on their heads, compel the Speaker of the House of Commons to sit on something called the Woolsack, or take pride in a military hero whose dying wish was to be kissed by a fellow named Hardy.” Bill Bryson, Notes from a Small Island
Eat, Pray, Love by Elizabeth Gilbert
Who would pass up the chance to eat pasta and pizza amidst the ruins of classical Italy, or pray in the quiet recesses of frenetic India or traipse around the rustic landscape of Bali? If we had the means to go to these places, many of us would jump at the chance, minus the nasty divorce package. Traveling solo has never been so attractive!
“I think I deserve something beautiful.” Elizabeth Gilbert, Eat Pray Love
A Year in Provence by Peter Mayle
Toujours Provence, Encore Provence
Peter Mayle’s books about Provence ushered the era of travel experiences through the eyes of an expat. Mayle got us all excited to visit Provence and find our own little slice of that corner in France. He inspired us to visualize strolling to the boulangerie along cobblestoned alleys to pick up a baguette or mille feuille, finding the best spot for people watching at the café on the square, shopping at the weekly outdoor markets as we pondered the merits of a certain aromatic fromage and wine tasting at a cave only known to locals then buying up from select cru for the burgeoning collection in our very own wine cellar. And bien sûr, he made the experience of pain and suffering through a home renovation irresistible. That’s why a few readers bought a crumbling villa in the first place, n’est pas?
“We had a crisp, oily salad and slices of pink country sausages, an aioli of snails and cod and hard-boiled eggs with garlic mayonnaise, creamy cheese from Fontvielle, and a homemade tart. It was the kind of meal that the French take for granted and tourists remember for years.” Peter Mayle, A Year in Provence 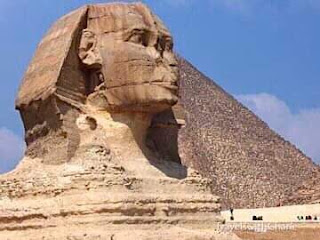 Giza, Egypt
The Alchemist by Paulo Coelho
One of the most important travel experiences we gain is that we find out more about ourselves when we are in unfamiliar places and surrounded by people who do not speak our language. There are those of us who are entranced by the newness of the place, the sights, the food. There are also those who whine at every inconvenience or smell or unusual palate offerings. Travel is self discovery.
In The Alchemist, we follow the journey of the shepherd boy from Spain to Morocco to the pyramids in Egypt and his personal discoveries along the way while on a quest for the “treasure”.
“Give yourself freedom to try out new things. Don’t be so set in your ways that you can’t grow.” Paulo Coelho, The Alchemist 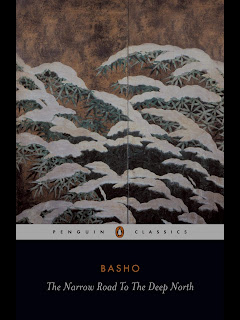 The Narrow Road to the Deep North and Other Travel Sketches by Matsuo Basho
Reading Matsuo Basho’s travel chronicles is a trip back to 17th century Japan. His keen impressions of the landscape and the seasonal changes are seared into his poetry which is delightfully sprinkled throughout his travel sketches.
“With a hat on my head
And straw sandals on my feet
I met on the road
The end of the year.” Matsuo Basho
1000 Days in Venice by Marlena de Blasi
1000 Days in Tuscany, The Lady in the Palazzo
Marlena de Blasi has fascinating stories to tell. Her books are delicious to read as are her food adventures. From Venice to Tuscany to Umbria and Sicily, you couldn’t get a better guide than Marlena de Blasi.
“All of Venice is tattered, resewn, achingly lovely, and like an enchantress, she disarms me, making off with the very breath of me.” Marlena de Blasi
*****
Book cover of The Great Railway Bazaar from paultheroux.com.
Book cover of The Narrow Road to the Deep North from Amazon Kindle.
The image of the Sphinx and the Pyramid is by TravelswithCharie.

March 01, 2013
Carlos "Botong" Francisco, FILIPINO STRUGGLES THROUGH HISTORY Oil on canvas, 1964, (located at ManilaCity Hall) A National Cultural Treasure owned by the City of Manila
Carlos Botong Francisco: A Nation Imagined is the latest art installation at the AyalaMuseum in Makati to celebrate the 100th birthday anniversary of Carlos “Botong” Francisco (1912-1969), a Philippine National Artist. Forty paintings and lithographs were culled from various private collections to form this exhibition. Of the large scale paintings on display, Maria Makiling and Fiesta, both oil on canvas, are representative of the indigenous genre which Botong loved to portray. In Maria Makiling, Botong reveals a relaxed and recumbent woman with her legs dangling in the cool waters of the stream and playing with an exotic deer by her side. Fiesta is about how the Filipino people gather to celebrate an important occasion, be that a religious feast or a wedding. The central figures are dancing the tinikling, a po…
Post a Comment
Read more