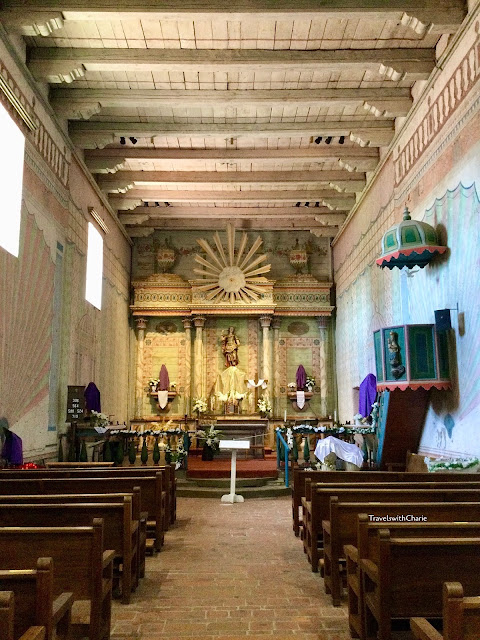 Mission San Miguel Arcangél
The plan for the three day Easter weekend getaway was to spend time on the beach. It was the antipode to months cooped up at home with only occasional trips to the supermarket. But on our way to Pismo Beach, we saw a sign that said Mission San Miguel. And it was only eleven minutes from our hotel in Paso Robles. It was the perfect place to spend Easter Sunday. 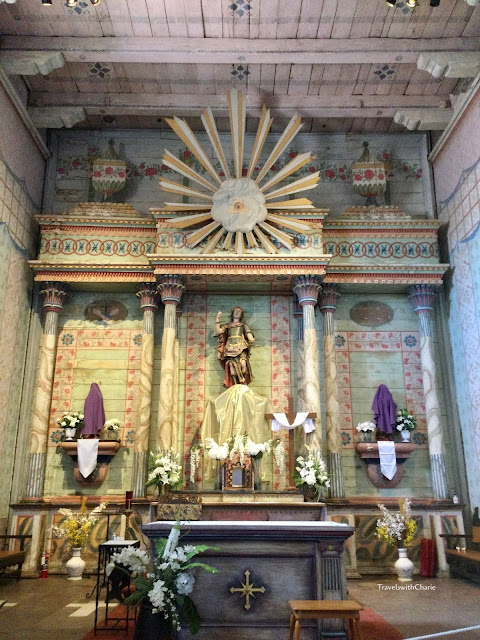 There are 21 Missions on the California Mission Historic Trail. From San Diego in the south to Sonoma in the north, these missions were established to convert Native Americans to Catholicism and expand Spain’s influence in Mexico (California was then part of Mexico). 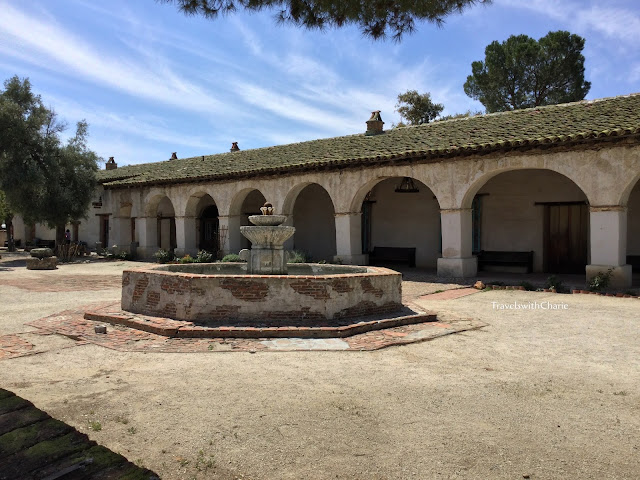 Spain not only shaped the socio-cultural practices of Native Americans, they also influenced the architectural style of the era. The missions they built along the Camino Real (King’s Highway) beginning in 1769 through 1823 were originally built from adobe with arched columns, tiled roofs and corridors, fountains, and an interior courtyard and garden. 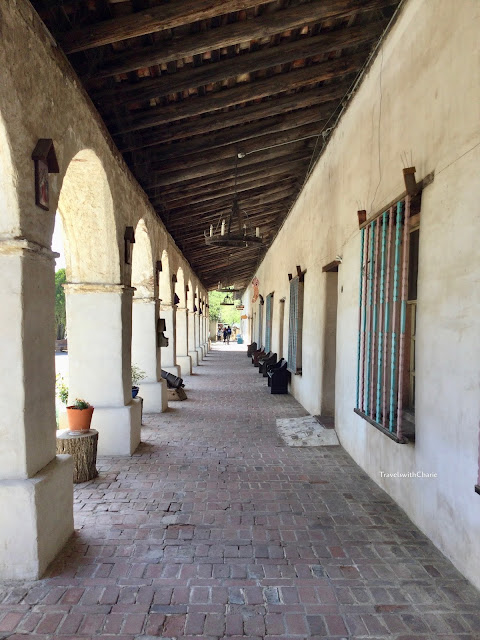 This colonnade runs the length of the exterior façade and leads to the church’s side door. Each of the columns has a wooden representation of a station of the cross. 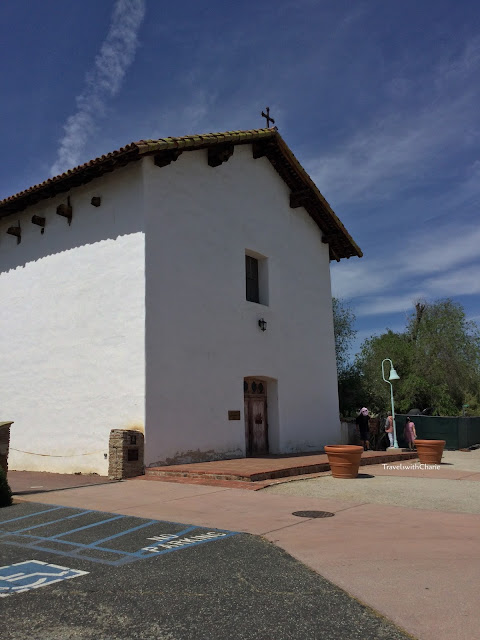 Mission San Miguel was established in 1797. The original church was razed by fire in 1806. The current one was built between 1816-1818. To the left of the church is the cemetery. The frescoes inside the church were painted by Esteban Munras and his Salinan assistants and are original. They used ground minerals which were mixed with cactus juice to paint the walls. (See images of the altar and walls above.) 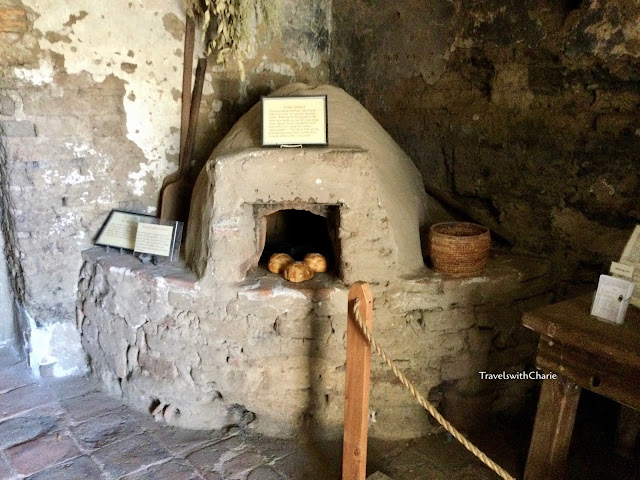 The Padre’s living quarters has a kitchen, dining room and a sala (which now contains religious paintings and artifacts). This bee-hive oven was used to bake bread and prepare simple meals. 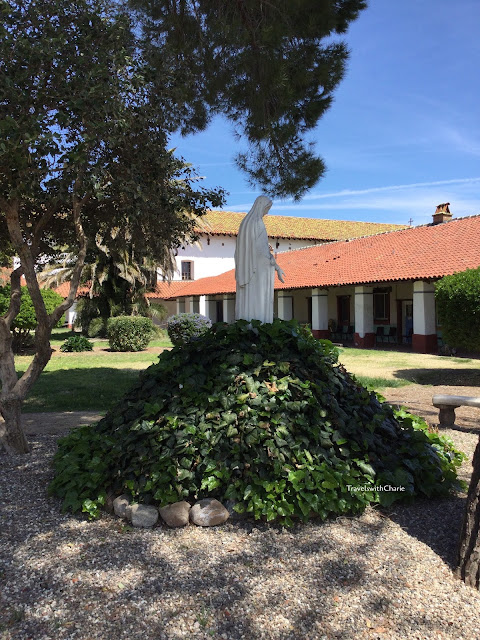 The courtyard is a peaceful oasis surrounded on all sides by corridors supporting red tiled roofs.