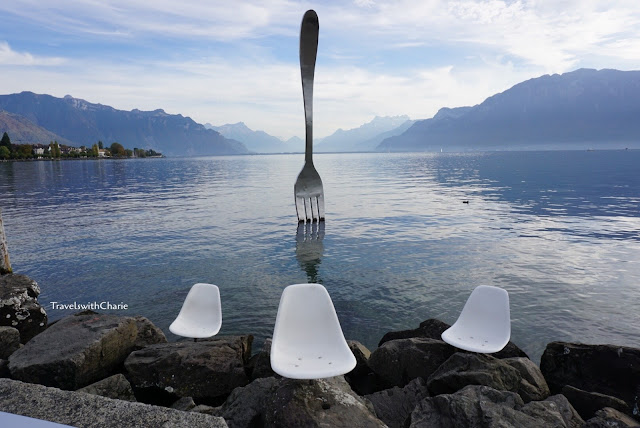 La Fourchette
Lovers of chocolate know that Vevey is the birthplace of milk chocolate. The Nestlé world headquarters thrives in this beautiful town surrounded by mountains and the calm lake waters of Lake Leman (Lake Geneva). These seats by the shore are definitely prime seating for capturing the beauty and serenity of the alpine scenery. 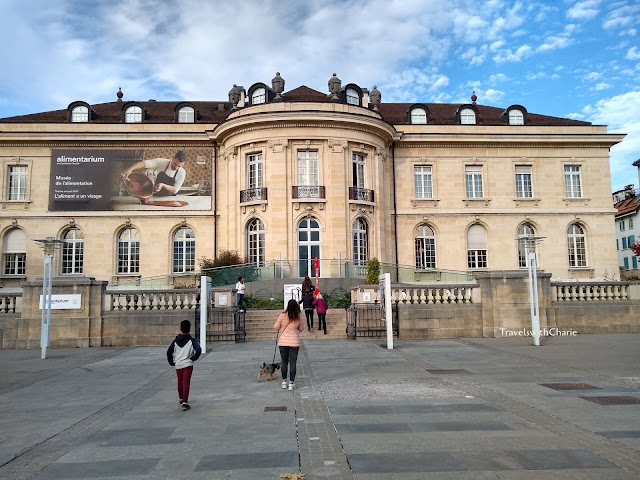 Alimentarium
Why is there a fork in the lake? La Fourchette was originally planted there for the celebration of the 10th anniversary of Alimentarium, a food museum founded by Nestlé. Though the Fork had become part of the seascape, Alimentarium didn’t have the legal permission to keep the 8-meter high utensil in the lake. It wasn't until 2008 when the canton of Vaud approved its permanent installation in Lake Leman. Jean Pierre Zaugg designed the Fork and George Favre made the stainless steel, 450 kg (992 lbs) work of art. 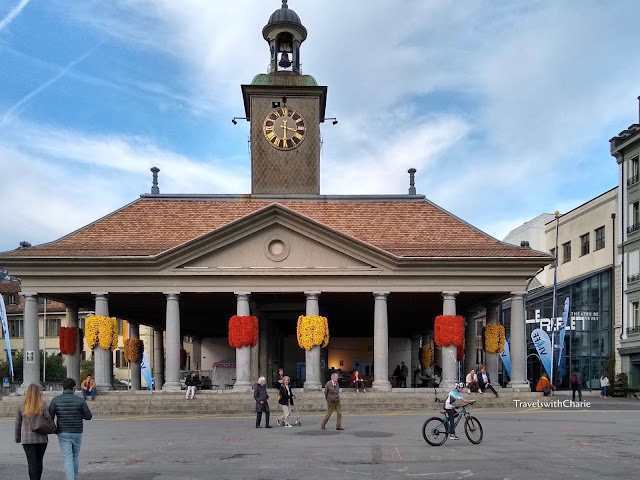 La Grenette
La Grenette (Granary) presides over the Grande Place of Vevey where the outdoor market is held on Tuesday and Saturday mornings. It houses the Tourism Office. 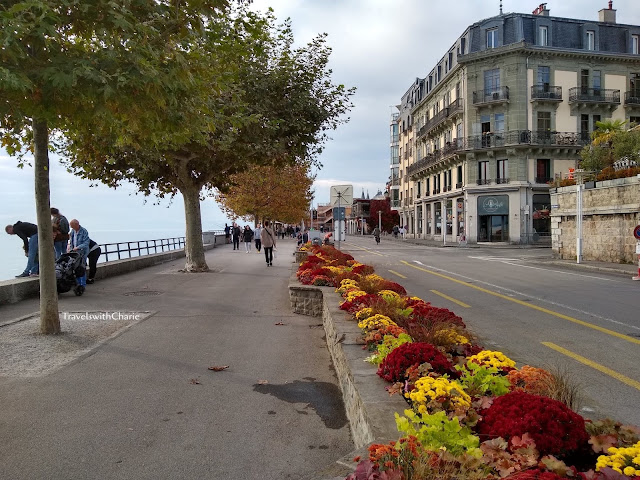 Vevey has an enviable waterfront with cafés and restaurants overlooking the shimmering waters of the lake. Colorful flower beds on the promenade are a sight to behold in late fall! 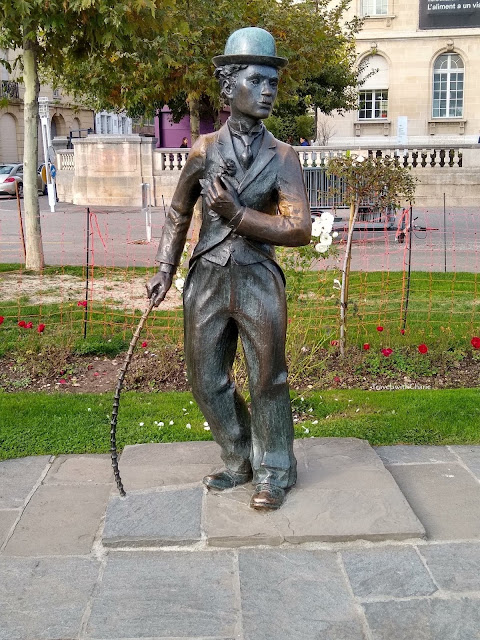 Charlie Chaplin, The Tramp
Who can forget the persona of the Tramp that Chaplin created? Without dialog, Chaplin acted in and directed silent films that people flocked to see. Then in 1952, Chaplin was labeled a communist by Senator Joe McCarthy and denied re-entry to the United States while on his European tour. He and his family settled in Vevey where he lived until his death in 1977. He only went back once to the U.S. in 1972 to accept an Honorary Award from the Academy of Motion Picture Arts and Sciences where he received a 12-minute standing ovation. This bronze statue of Chaplin on Quai Perdonnet is by British sculptor, John Doubleday.

Scenes from the Circus Movie with Charlie Chaplin:
https://youtu.be/ecUlE1bbzAk

How to get there:
Vevey is an hour and ten minutes by train from Geneva and 10 minutes from Montreux. It’s a short walk from the train station to Lake Leman.