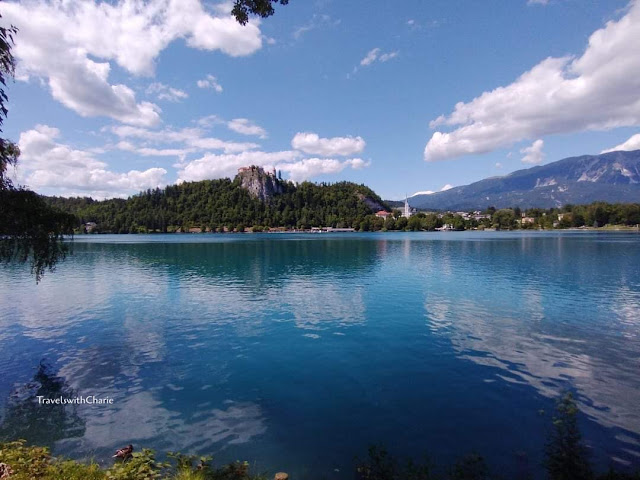 According to legend, Lake Bled was created by fairies. Bled Island was the setting for their joyous dancing on starry nights. No wonder this place is magical. 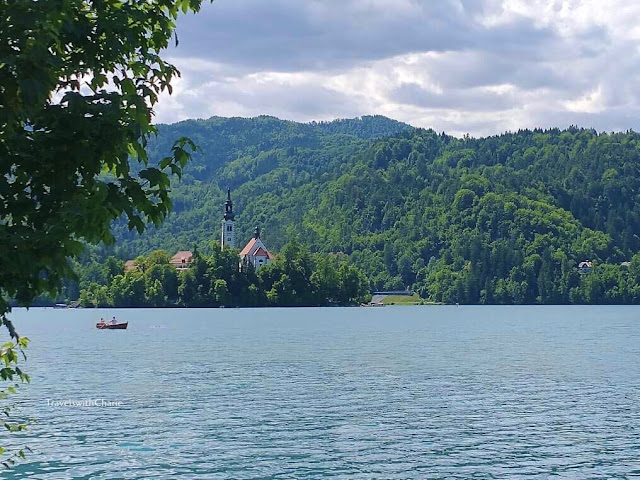 Bled Island
I walked along the south shore of the lake from the pletna boat station near the Grand Hotel following the trail that’s parallel to the Cesta Svobode road. I passed some beautiful mansions, an abandoned house and a tunnel on the way and stopped at a lookout point where I had a good view of Bled Island. Forgetting to bring a hat was a huge faux pas as the sun was so unforgiving. It was an easier walk back to the center of Bled with the sun behind me. I did bring bottled water and that was clearly a bright idea. 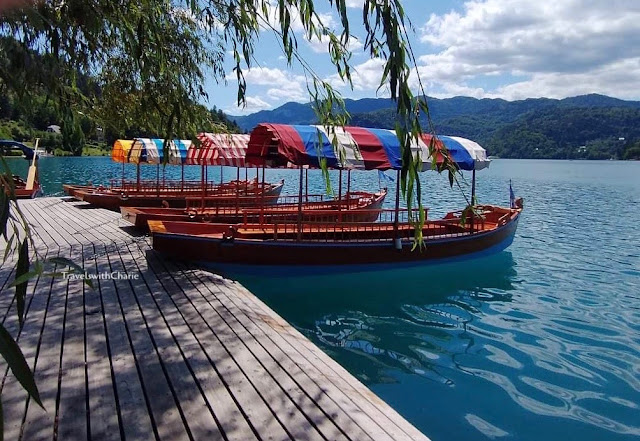 Pletna Boats
These colorful boats take passengers to Bled Island for 12 euros. There is a scheduled hourly departure. It doesn’t include the entry fee to the Church of the Mother of God and the Clock Tower. 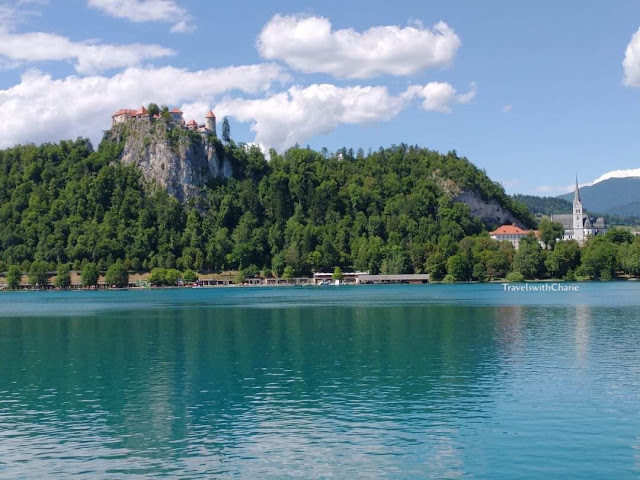 Bled Castle and the neo Gothic Church of St. Martin
Notice the turquoise blue waters of the lake and how clear it is.
How to get to Lake Bled
By train and bus: I took the train from Ljubljana to Lesce Bled (in the direction of Jesenice) which is about 4.5 km from the lake. But we had to get off at Kranj and take the bus from there to Lesce as the tracks to Lesce were under repair. Then from Lesce we took the local bus to Lake Bled and I got off at the first stop in Bled and walked from there to the lake. (You can also get off at the bus station which is 300 meters from the lake.) The roundtrip train ticket was 10.20 euros and the Arriva bus to Lake Bled was about 1.30 euros one way. It only takes 10 minutes to get to Lake Bled from Lesce Station but the traffic on the two lane road in July was intense. This combination ride took about one hour and 35 minutes. The train was clean and comfortable with few passengers.
I was glad we stopped and transferred to a bus at Kranj because it is a pretty town and I had the chance to see Triglav from a distance, the highest peak of the Julian Alps. The countryside leading to Lake Bled is beautiful with mountains and tidy, colorful towns along the way.
By bus: The bus station in Ljubljana is in front of the train station. There are frequent departures to Lake Bled which is an hour’s ride away. The reason I didn’t take the bus is that I was informed that it’s usually full and sometimes it’s standing room only. And I was traveling to Bled on a Friday afternoon. This would not have worked for me especially during this pandemic.
By tour van: This was my first choice though it was pricey at about $65.00 for a four-hour tour. The draw here is the ease, comfort, hotel pick-up and direct service. But there was no one who had booked a tour to Lake Bled on the day I had planned to go so the tour was canceled.
*****